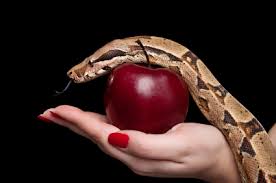 The Crux of the Matter 3

Topic:  The Seven Capital Sins, their Virtues and Extremes

The Fathers of Mercy

A well-versed Christian is always prepared to announce the seven capital sins, so as to protect himself and others, knowing the harm they can do to the human person.

The great Doctor of the Church, St. Francis de Sales, in his famous work, Introduction to the Devout Life, says that “When we are assailed by some vice, we must, as far as possible, embrace the practice of the contrary virtue.”  It has also been stated that “no vice is found but in the shadow of some virtue.”

What both of these quotes provide us with is the truth that each of the seven capital sins, precisely as a vice, has an opposite corresponding virtue.  Let’s comb through the Church’s traditional list:  for the capital sin or vice of pride, the opposite corresponding virtue is humility.  For avarice (or greed), generosity.  For lust, chastity.  For anger, meekness.  For gluttony, temperance.  For envy, brotherly love.  And for the vice of sloth (or acedia), there is the virtue of diligence.

But each of the seven capital sins also has an opposite “extreme” which also acts contrary to the corresponding virtue.  For pride, the opposite extreme is self-loathing; for avarice (or greed), it’s wastefulness; for lust, it’s prudishness; for anger, it’s servility; for gluttony it’s deficiency; for envy its pusillanimity (i.e., cowardice or timidity); and for sloth (or acedia), it’s workaholism.

The Catechism of the Catholic Church (cf. 1866) rightly identifies the seven capital sins as sins which engender other sins and vices.  In general, vices can be classified according to the virtues they oppose, and the capital sins and each one’s opposite corresponding virtue are a primary example of this truth.